One of the largest Minecraft networks in the world! Join today and play with friends from all over the world, we offer various new and classic entertaining game modes!

Posted by Dieu7 hours ago
It's happening! As most of you probably already noticed, HallOfFame season ended on OpFactions and with that, we're removing Factions and OpFactions servers from ExtremeCraft.

But I wanna play Factions! We've got you covered, hopefully. Next Friday (6th) we will be releasing a new Factions server. Now since Factions gamemode is competitive by definition and we want to keep the server EULA compliant, the new Factions server won't be PayToWin. Global ranks will not give players any advantages and it will be impossible to buy spawners, keys, or anything like that. Unfortunately, that's the only way to keep the Factions server alive and part of ExtremeCraft.

We're also bringing back Global ranks, which of course won't give any advantages on competitive servers (say new Factions server for example). All those changes to Global ranks required a lot of changes and updates, if there are any bugs please let us know. While we're at it we've also decided to update the Anarchy server (not to 1.17 tho that's coming soon too), but we're bringing the Anarchy server closer to what it "should" be, which means the removal of some perks that were part of global ranks and removal of Lockette plugin.

Players who already bought per server ranks, had their ranks automatically upgraded into global ranks. Also, we're happy to announce connectivity issues should now be fixed.

Posted by Dieu6 days ago
Following up on the recent changes with EULA and Global ranks, we've decided to end the current HallOfFame season on OpFactions server a bit sooner than usual, which means the current week is the last week of this season.

With all the changes related to ranks, gameplay and more it doesn't make sense to reset OpFactions and Factions anymore, and even if we do it's likely not going to be very enjoyable to play. Instead, we've decided to retire both Factions and OpFactions servers.

Now, since it seems like there are still quite a few players interested in playing Factions we will be releasing a new server, Hardcore Factions. Since ExtremeCraft was removed from the blacklist and we're now strictly following the new EULA, Hardcore Factions will still be a competitive gamemode but without any Pay2Win perks.

With that, we're also bringing back global ranks. Players who already bought per server ranks will have those ranks automatically upgraded into Global ranks, that being said Hardcore Factions will be the only competitive server in our network at least for time being, which means Global ranks will give players no advantages on Hardcore Factions (only things like cosmetics and titles).

We understand this might be kinda unexpected to some players but unfortunately it's the only way to move forward.

Posted by NxDs3 weeks ago

Here's the list of winners for this month's battle: 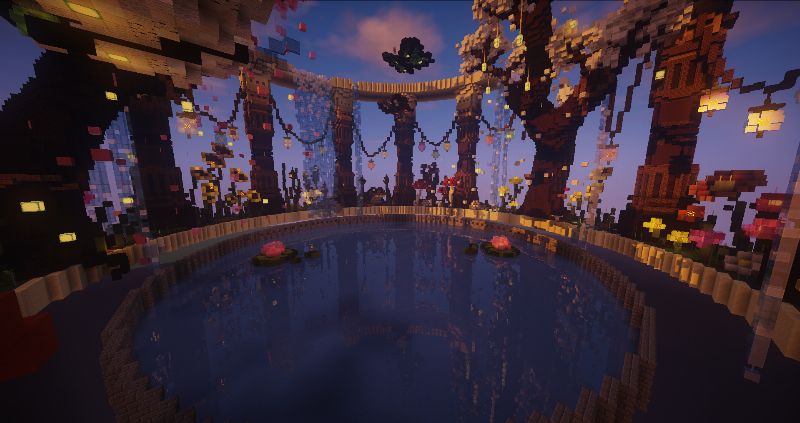 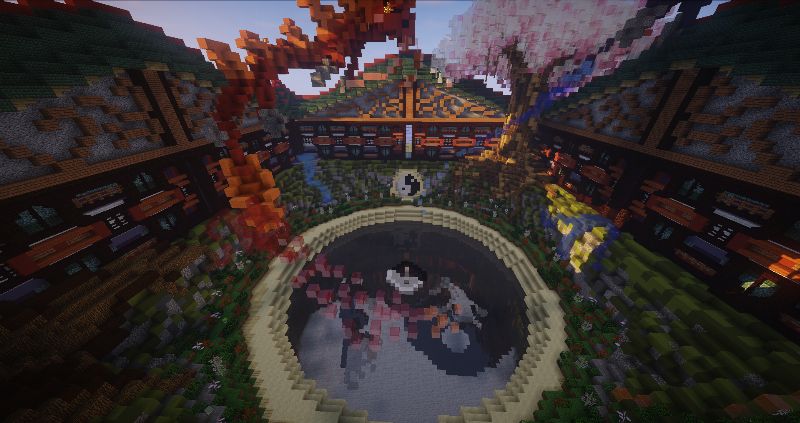 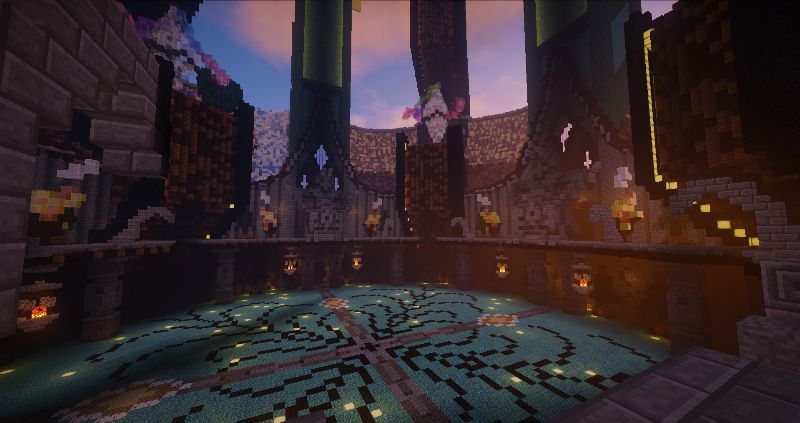 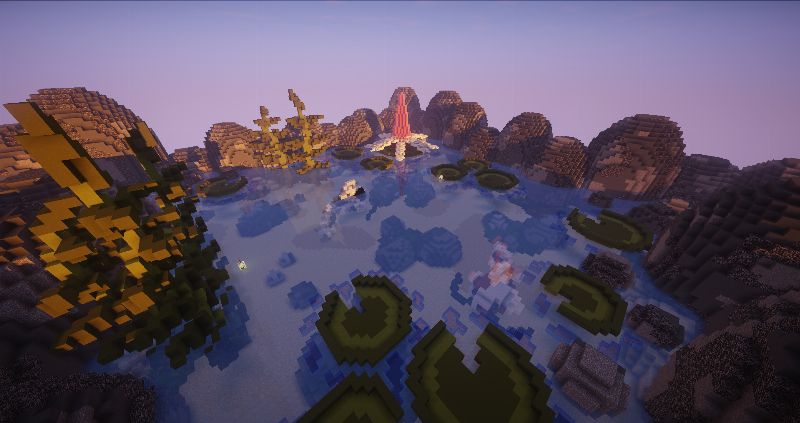 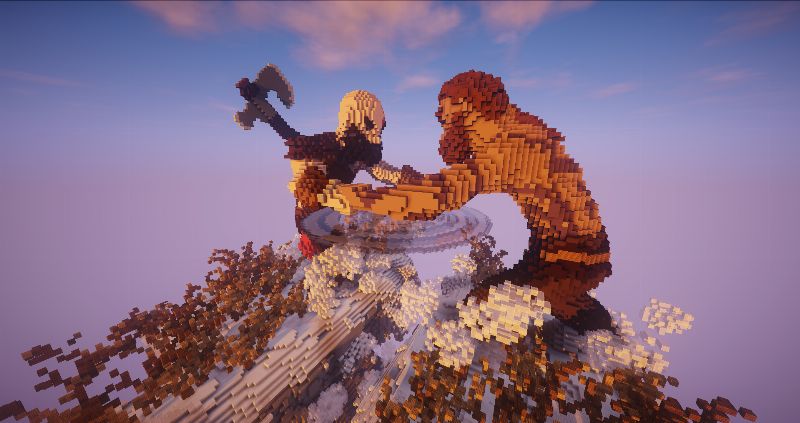 We're currently testing our new OpSurvival!
There are many changes and additions so we decided to release a beta in /go testing for a week or so, feel free to join our Beta testing Discord to leave feedback and report issues! Discord Invite (you must be verified on our main Discord in order to participate)
Here's a quick list of things you can expect:

Posted by Dieu1 month ago
You've probably already heard some chatter about this, but the EULA is changing, and after seeing most of our players are more interested in fun causal servers, compared to competitive servers, we've decided to embrace this. We already started working on and are finishing up store and server updates to get ExtremeCraft fully EULA compliant. We know some players prefer competitive servers but as you saw over the past year, this never really worked out well for ExtremeCraft.

What does that mean?

As of now, all HallOfFame seasons have finished, except on Factions servers. With exception of Factions servers, we will be changing all ExtremeCraft servers into non-competitive servers, as such most of the perks being sold on those game modes are already compliant with the new EULA. Instead of focusing on making our servers competitive, we will be focusing on catching up on updates, yes 1.17 is coming to ExtremeCraft real soon, with new blocks, new mobs, new features, and more.

What about Factions and OpFactions?

We're not planning on changing our global ranks but they will be removed from the store and replaced with new ranks and perks. Furthermore, we will not be adding back any ranks or perks on Factions and OpFactions servers, that would provide players with unfair advantages. For now Factions and OpFactions will be the only competitive servers left on ExtremeCraft.

Following the new EULA, we also proceeded to remove Unbans from our store. We've recently revised our rules and updated our AI handling ban appeals so that ban appeals won't be auto-closed anymore if you had too many offenses. We're NOT doing "unban all", blindly unbanning all players left and right as we've tried that in the past and it didn't really work out, but you are welcomed to submit a ban appeal if you're banned.

With all those changes in mind, HallOfFame rewards are now BiWeekly and only on Factions and OpFactions servers.

Posted by Dieu1 month ago
As promised everything from faster SandBots, Wall Generators to Outposts was added with this OpFactions reset. But there's more, we also added a whole new system for Custom Enchants, improved Custom Enchant NPCs and the way items are handled on Anvils.

We've also updated /f topinfo and /od durabilities, important thing to keep in mind is that we're going to remove Diamond Blocks and Emerald Blocks from /od durabilities with the next restart, but they will still count for FTOP points.

Hopper limit was raised from 40 to 60, which also affects double, triple, and quadruple limits. Instead of adding TNTBankTool kit we've decided to add it to /shop. Player power was increased from 50 to 60 which should help with outposts, tho outposts will only start to spawn after the grace period is over. Following this, we also updated crates, vote rewards, and OpFactions server economy.

As part of Store updates, in-game money, McMMO credits, and IronGolem spawners were removed, vouchers from HallOfFame season are now only valid for 7 days. However this is just a start, we will be adding new stuff shortly.