One of the largest Minecraft networks in the world! Join today and play with friends from all over the world, we offer various new and classic entertaining game modes! 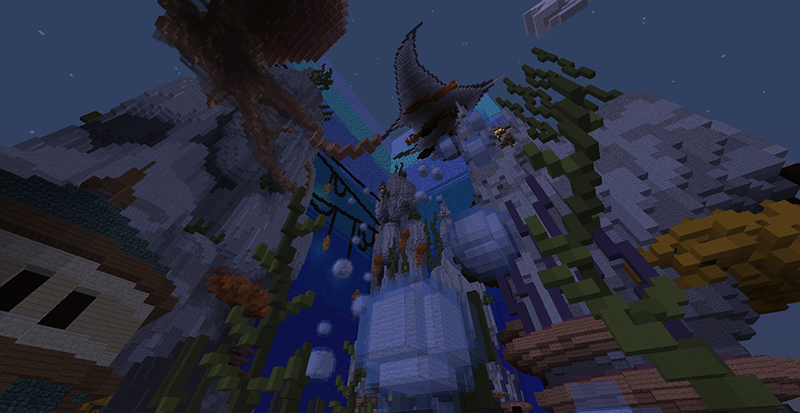 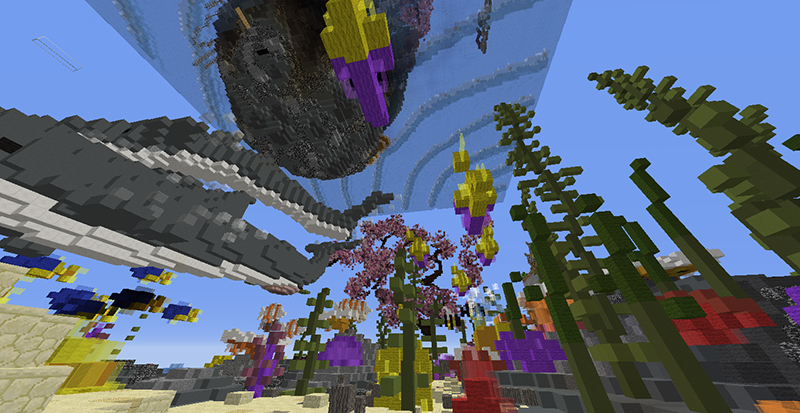 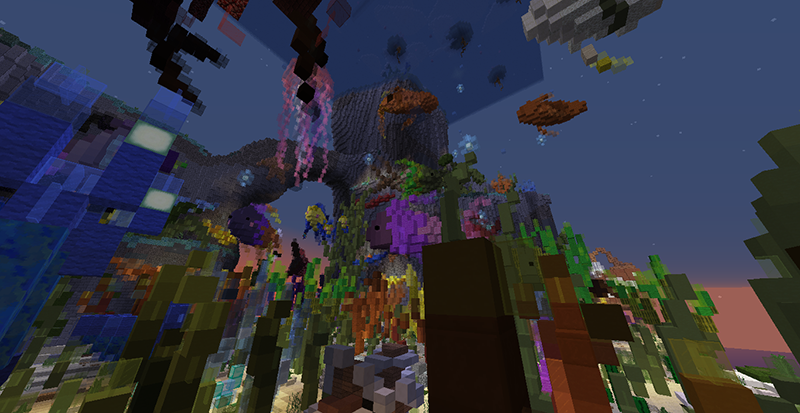 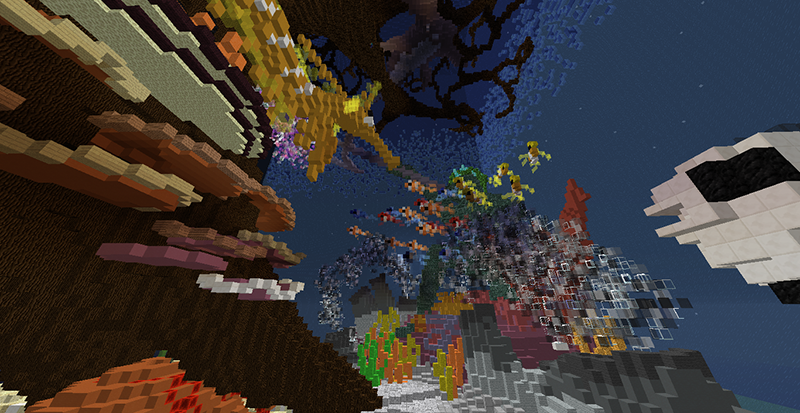 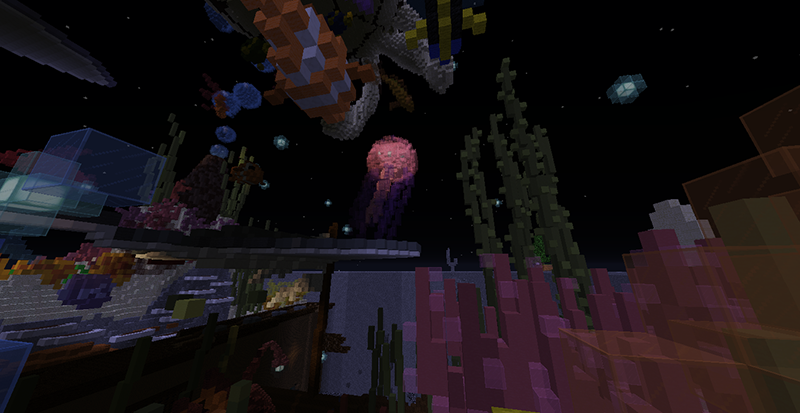 Posted by Dieu2 years ago
There was a bit of a delay but we're happy to announce that Factions server was just reset. With all the recent updates and changes OpFactions server will also reset in 1 week from now.

There were also some additions to the rules so be sure to check those out too. 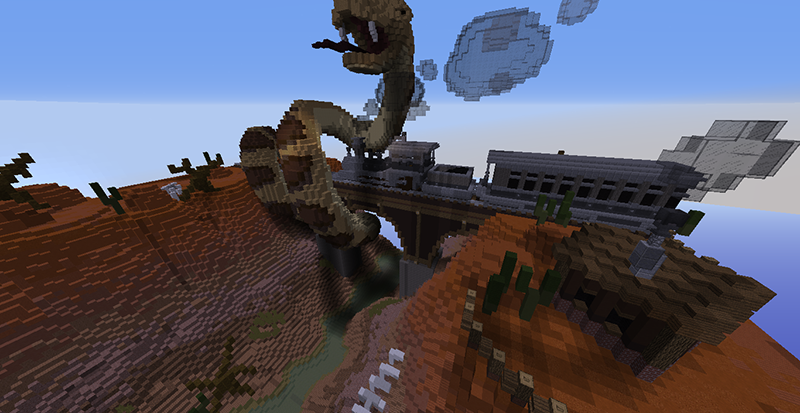 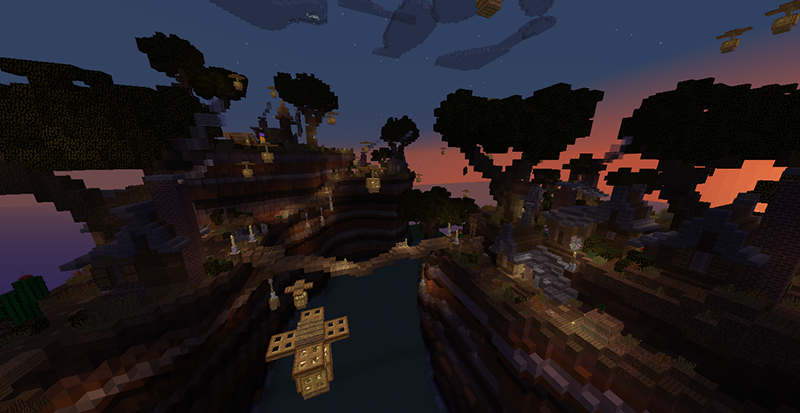 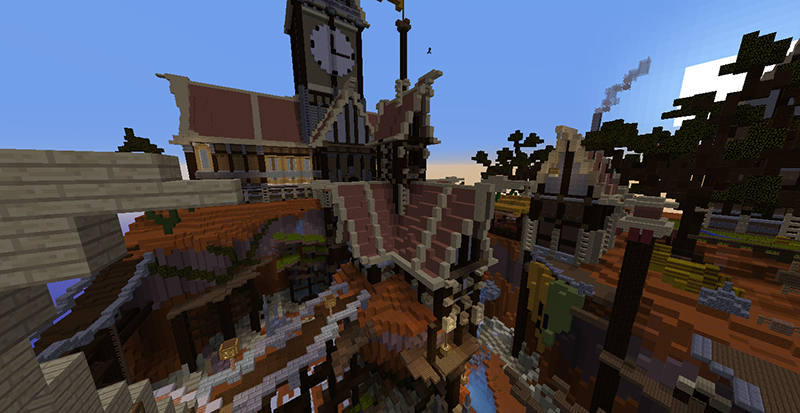 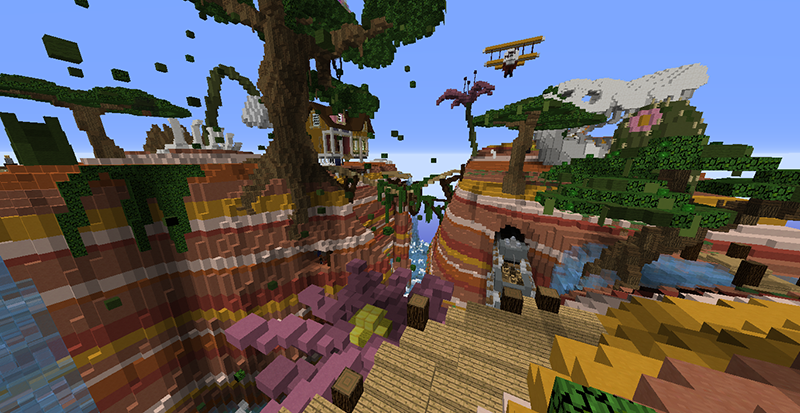 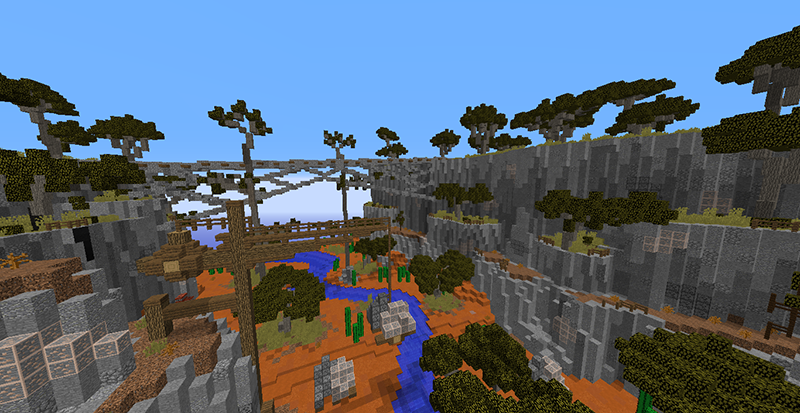 Reporters Without Borders’ Uncensored Minecraft Library is Going to Fundamentally Undermine Government Censorship of the Press. 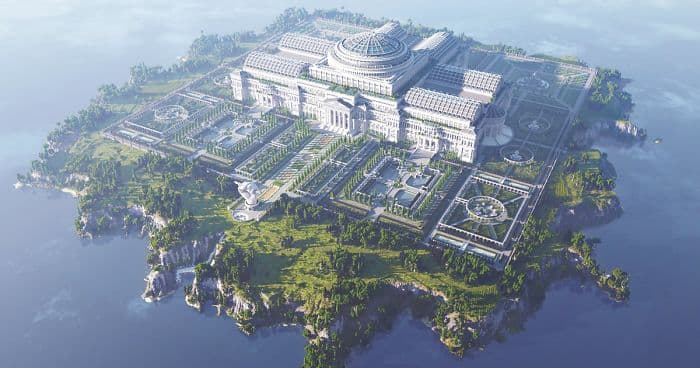 Minecraft - the best selling single video game of all time - may be at the forefront of a clever new method to deliver banned media to those behind oppressive government firewalls.

When Reporters Without Borders came up with the idea to build an uncensored Minecraft library, they opened up a new venue allowing citizens to see news which they otherwise would not have. On top of that, adding the ability for users to add to it themselves provides for a broad, open-sourced, uncensored news platform that foreign governments are going to find difficult to block.

It’s easy enough for regimes to block access to websites and apps, especially when those who administrate the aforementioned platforms are the ones pushing out the content which governments hostile to a free press may disapprove. It’s another story when it comes to blocking a platform like Minecraft, which already has 300 million accounts in China.

The Chinese government could theoretically ban Minecraft in the country, but the company itself, which is owned by Microsoft, isn’t creating or even promoting “The Unlicensed Library”. It is highly unlikely Microsoft would prevent a popular NGO, such as Reporters Without Borders, from developing and maintaining the downloadable world required to access the library.

Less populous countries with less pull in the business world have an even smaller chance of preventing their citizens access to the library. It doesn’t take much to download a map and servers can be run on personal PCs. The only way to truly prevent access to it is to limit access to the internet. We’ve seen internet shutoffs in the past, proving governments are willing to go to those extremes if they deem it necessary.

What remains to be seen though is how the library, and those who maintain it, respond to the misinformation which will likely arise within its pixelated halls. The library itself may end up being a window into a world iron-fisted governments don’t want you to see, but the content in it will need to be vetted. If contributors to The Unlicensed Library can do that, it’s going to become a powerful resource for those looking to maintain freedom of the press.

That's right, we finally added the long awaited Friends feature that everyone wanted so much 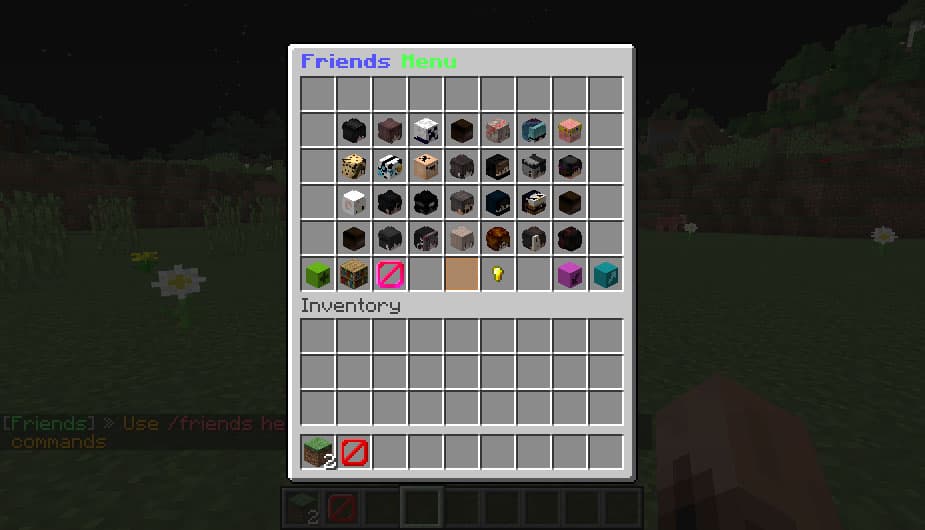 You can manage your friend list also through commands, you can see the list of available commands with /fr help

It's well known that our socials, except for Discord, were dead partially because of me.
Actually only because of me, that's why we now have a Socialmedia Manager to handle our Instagram and Facebook and a team of editors and content creators that will hopefully bring back to life our YouTube channel

We're also currently hosting a Giveaway on Instagram so be sure to not miss it: https://www.instagram.com/p/B9TvCsTqDZH/

Our website now also has social buttons on top so that they're more easily accessible but for the lazy ones:

All you have to do is join the testing server, /vote (or click here) and your vote will contribute to the total votes for the server.
Once the server reaches a certain amount of votes (currently 50 on testing) the vote party will start and everyone who voted will be rewarded, you could even receive legendary or spawner keys. 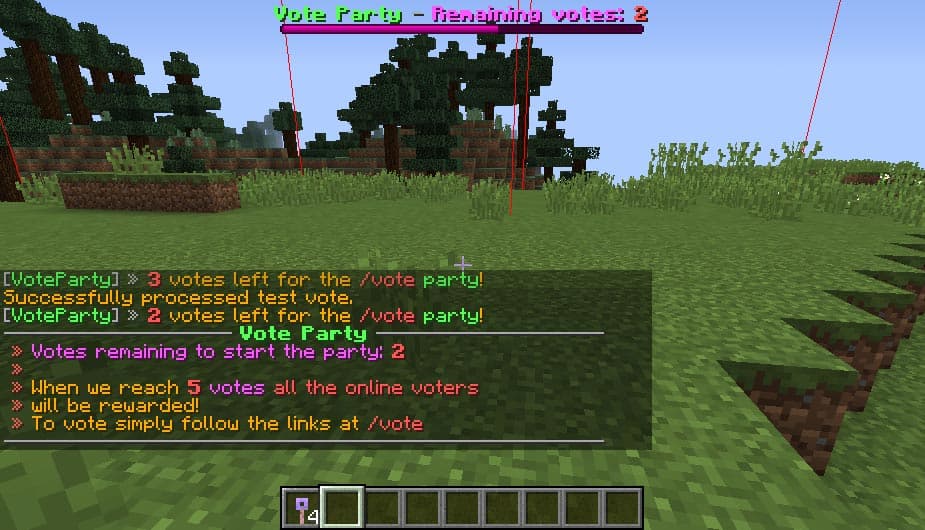 We also added several minor updates such as:
But this is not all, there are plenty of other important announcements so I'll split this announcement in 2 and post the other part in the next few days

After a slightly minor delay here's for you the list of winners of the past BuildBattle with screens of the plots: 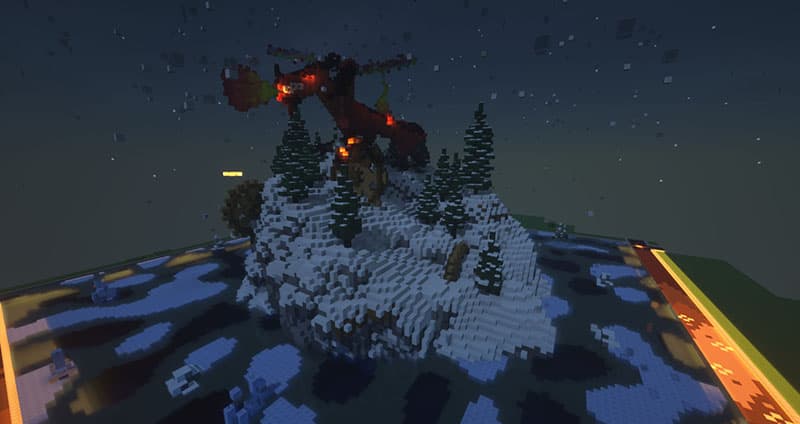 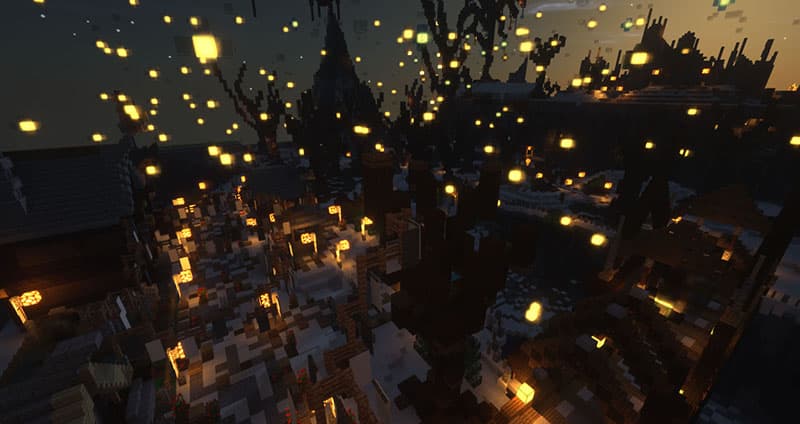 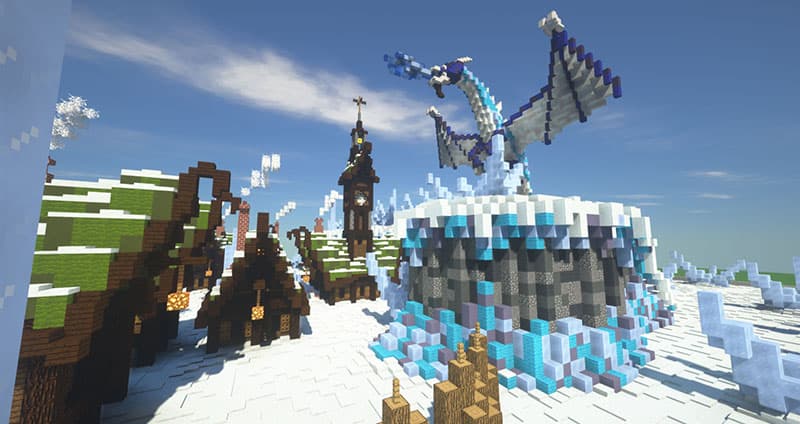 Starting from April build battles will start automatically the 1st of the month every 2 months (1st April, 1st June, 1st August etc) and they will last 2 weeks, you will know the theme from regular broadcasts that you will see in game and on Discord.
Also rewards will be a little bit better with higher value coupons and stuff, you'll see

We decided to make Nitro Boosting on our Discord server (Click here) a little bit more worth it.

If you don't know what Nitro Boosting is read here: https://support.discordapp.com/hc/en-us/articles/360028038352-Server-Boosting-
If you don't want to read too much and want the super simplified version then here:

Nitro users can decide to "boost" discord servers, once a server reaches enough boosts it will unlock special perks for everyone (i.e. more emoji slots)

From now on you will receive daily and automatically 1 extra vote reward (vote keys + money, skulls on creative)
We might add more rewards in the future if people appreciate it

Not just that, you also get to unlock special commands and perks for our Discord bot:

There you have it a brand new build battle

You have 2 weeks starting from now to submit.

These are the prizes you will receive if you win:

Yes, if you win you can gift your reward/rewards to someone else.
All the winners will be contacted and asked to join the builders team without application.

The theme this time will be: winter
You can build anything you like as long as it's winter themed, it's not a pixel art and it's not copied from somewhere/someone

Alright it's been 6 months and it's time to reset again.

This time things will be a little bit different, we based new changes on the community feedback so let's see how it goes, here's what changed:

And that's about it, we'll monitor the new changes in the next few days and apply fixes or changes if needed, you can submit your feedback here

This took a bit longer than anticipated but here it is.
New and fresh revamp of the new website with a proper dark mode and a proper light mode.

Here's a list of the main changes and improvements you'll see:

The dark mode is now actually dark and not bluish/purple anymore. Several color correction changes have been applied as well only for you so that you won't be blinded anymore while surfing our website in the obscurity of your basements.

As it turns out verifying on our Discord server for some is not as easy as one might expect so we made a tutorial specifically to help those people: click here

You might want to verify on Discord because doing so will give you access to all our chats and to Giveaways as well as Events.
Also because it's not very smart being in a server where you can't see any chat but you do you.

That's right, suggestions are now public for everyone to see and judge. You can upvote and downvote them so you can show others how much you hate them.

Posted by Dieu3 years ago

It's been awhile since we've last updated our website and as some of you already noticed issues started piling up (players were unable to login, etc).

Sadly forums have to go (for now) and we will use discord as our primary way to communicate with players. There were simply too many issues with them also less and less players kept using them.

We're thrilled to announce that with new website we will keep adding new features! That includes automated rewards for top players on leaderboards and staff members (including our secret AHT).

As always, if you find any bugs or errors please report them so that we can fix them :)

Another things to mention, and some of you already noticed that, we're in process of upgrading our servers to ensure best possible user experience after that we have planned massive ingame updates.